A caravan has been completely destroyed after a suspected arson attack on the A358 in Chard.

Police and fire service were called to the scene shortly after 11pm last night (March 26).

Two fire engines from Chard were called to reports of a caravan on fire at the location.

Crews used two breathing apparatus, one compressed air foam jet and one thermal imaging camera to extinguish the fire and make sure it was safe.

A spokesman for Devon and Somerset Fire and Rescue service said that the caravan was 100 per cent damaged by the fire.

The police were also requested to attend this incident.

A spokesman for Avon and Somerset police said: “We’re investigating after a caravan parked in a layby on the A358 near Chard was damaged by fire. 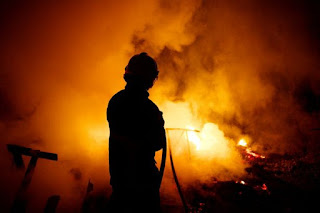 Meanwhile, a caravan caught fire whilst being towed on the A165 near Beeford, Humberside when a suspected electrical fault caused the freezer to catch fire.

No injuries were reported in both incidents.

Compare up to 12 quotes from leading caravan insurers & buy online.